Photo Album: Large Roof Repair due to Nail Pops in Waldron, IN

Aaron of Waldron, IN contacted North American Contractors because he was experiencing a leak on the interior of his home. Inspector Mike determined the leak was from nail pops, and reviewed the findings with the owner.  He noticed his roof was getting to the age where it's due for a full replacement, however this client wasn't ready to pursue it at this time. While did the temporary repair on the leak we noticed there was quite a bit of rotted decking under the miscolored shingles. You can see how much damage those nail pops caused in the photos featured in this album. 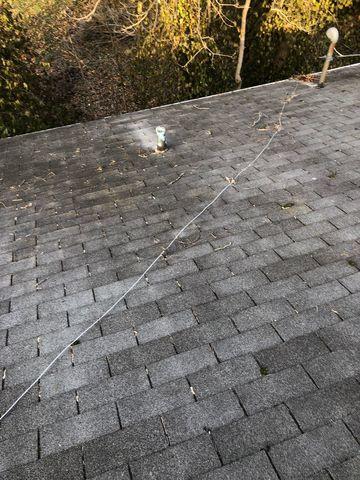 Roof Before the Repair

Discoloration of the shingles and "give" in the water logged area of roof were a tell tale signs of water damage. 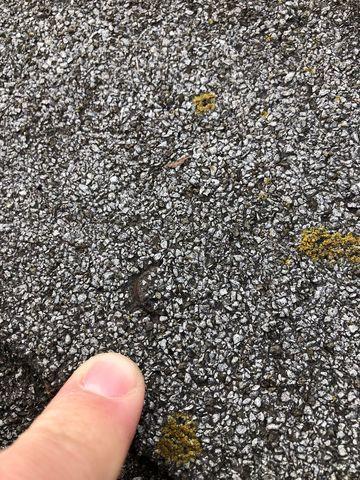 There's a nail protruding out of the shingle showing what a roof nail pop looks like. 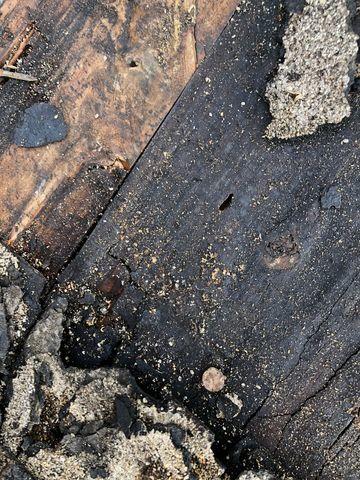 Once we removed the shingles, we exposed all of the rotted decking underneath. 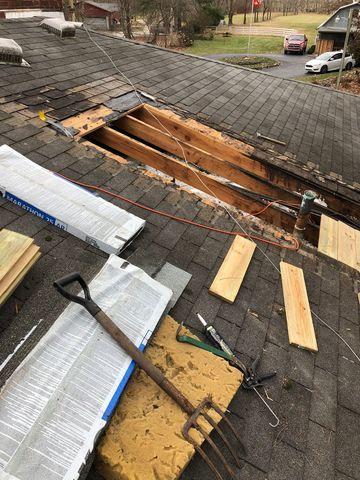 You can see in this photo we've removed all of the damage roofing materials and were in the process of replacing the decking. This photo also shows how extensive the damage really was from simple Nail Pops.