Inspector Mike Griffith received a call from a previous roof repair client of his stating she noticed some missing shingles from her roof. Upon arrival, Mike could see a handful of missing shingles on one elevation. Upon further inspection, he could see that two elevations on the home were impacted by wind. Due to the sustained wind damage, Mike recommended the homeowner file an insurance claim. The roof was eventually replaced after much back and forth with the insurance company. This specific client had a roof over, which did cause delays in navigating the insurance claim process. You can see in the photos that there is another layer of shingles underneath the damaged ones. 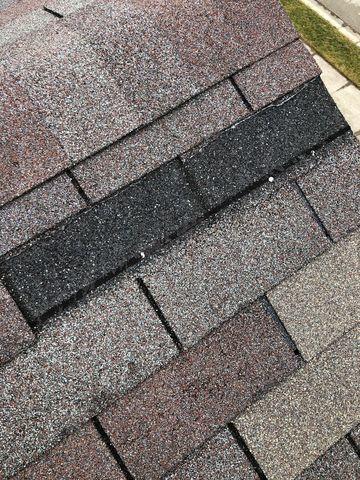 You can see the second layer of asphalt shingles under the damaged ones in this photo. 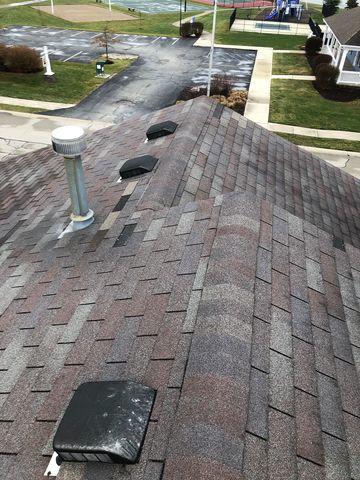 Wind Damage on One Elevation

You can see a handful of missing shingles on the left side elevation. 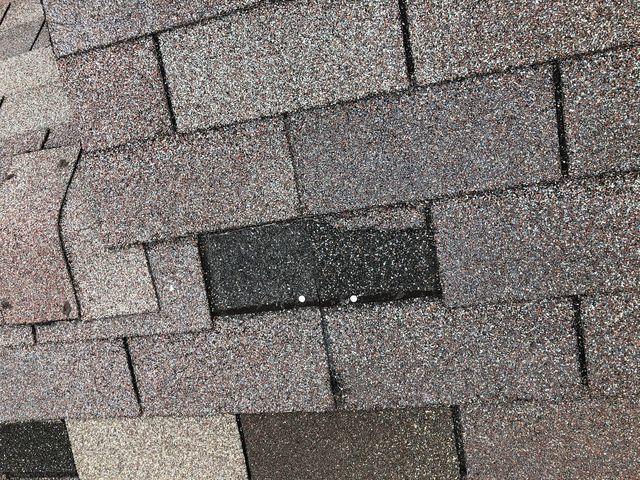 Close Up on Damage

You can see exactly how wind blown shingles tend to look in this photo. You can see how it was forcefully torn off and created a jagged perforation.