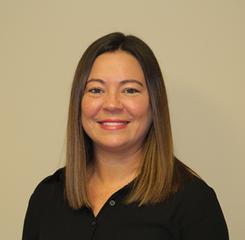 A “South-Sider” all her life, Sara was born and raised in Indianapolis, Indiana. She currently resides in Wanamaker, a suburb of Indy.  She graduated from Franklin Central HS and attended college at Ivy Tech in Indianapolis. She has worked for North American Contractors since its humble beginnings in the downstairs bedroom of her parent’s home.  She has been involved in virtually every aspect of the company including Administration, Accounting, and Operations.

Sara loves her job at North American Contractors because it is a family run business. The company is owned by her father and mother, Brent and Jan Stephenson.  She also works alongside her brother-in-law Josh Timm, who is in the Sales department.

Sara is fully dedicated to making each client feel genuinely cared for before, during, and after the construction process has finished.  Sara’s favorite part is the feeling that she gets from knowing that she has a key role in helping someone who is in need.  This was driven home in 2005 when she worked in South Florida assisting with the relief efforts from the aftermath of hurricanes Katrina and Wilma. Today she continues to have a passion for helping people overcome the devastating effects of storm related damage to their homes and the interruption it causes in their lives.

In her free time, Sara enjoys cooking, swimming, and painting.  She loves to travel and jumps at the opportunity to take road trips whenever possible.

Back to Previous Page Back to Meet The Team